Having different types of clubs in universities is a very common thing but our school has never had a club before this year. I along with two friends of mine started with business club due to various reasons some of them being that we wanted this trend of clubs to start in our school so that people from different grades are able to interact with each other on the topics they like.Having such interactive sessions helps the members of the club in building knowledge and also in their further courses. The  aim of the club was to discuss about start ups and about entrepreneurs and their skills along with how they put their skills to work along with giving the members a small experience of the same.

I meant the following learning outcomes :

Learning outcome 1 – working in groups has always been one of my strengths which is why i choose two more people to be co-founders as well as presidents of the club with me. Since the ones with whom I co-found the club were not the ones with whom I used to communicate everyday I recognised that I need to develop my communication skills and working with new people also helped me with developing my team working skills.I have always been interested in business and have been an enterprise and then business management student since grade 9 and conducting BM club helped me in identifying that I need to get updated about business news and what all is being introduced by some companies.

Learning outcome 2- The challenges we took  was starting with clubs at school since this was not a trend followed in our school.Since it was new , marketing the club became a very difficult task. There were a few people who did say a yes and we prepared the session according but there was always a risk that people might not show up because to attend the club sessions people were asked to come early to school.Marketing the club was also a huge challenge for us , we had to go to each and every section from grade 7-12 at least twice so that we could spread awareness about the importance of club and get more members to the club.

Learning outcome 3- The idea of having a business club first came in my mind during a business management class after which I talked to two more classmates of mine to start with this club.To start with the club we even took advice from our BM teacher. 3 of us planned and marketed the club. We planned every session and also the project that we were planning to give our members.We even took permission from the transport department so that they allow our members to use the early route.

Learning outcome 4 – As in mentioned earlier three of us did not really communicate before starting this project and faced some issues at the start but then gradually we did develop understanding and our teamwork and communication got better . We use to divide the work e.g. Vedika used to send reminder to the members about the plan , Radhika used to take permission from transport department and I used to search about the startups we could talk about during the session.

Learning outcome 5-We started the planning of the club in August and since then the three of us were dedicated to the club. We used to come early to school and conduct sessions. We had common documents where we used to plan out sessions and and design the final project which we were supposed to give to our members.It was once when we did not receive confirmation from transportation department on time but we did not want to miss any session for which we went to meet sir and talk in person so that the procedure speeds up.

The overall experience of introducing and conducting the business club helped me grow as an individual and this kind of an experience was very new for me. 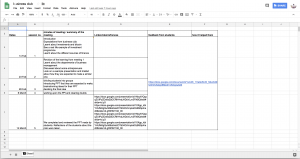 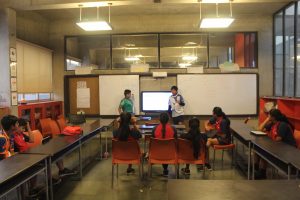