A couple of months back our school took an initiative to help the terrible kids from the provincial zones of our city to find and seek after their abilities. The secondary school students were given a chance to lead these sessions by utilizing our interests and skill to help these underprivileged kids. I felt lucky because not everyone gets a chance to do this kind of work and my school had given me this chance so I decided to completely utilize it. I have always had an interest in art and craft so I decided to choose craft as my activity which would allow me to do my job with enthusiasm and complete interest. It was a three-weekend venture, with classes occurring for around two hours on both Saturdays and Sundays. Before the weekend I was told to make a program and agenda of what we will instruct and organize with the group assigned to me. Being in control I needed to step up with regards to convey the plans to everybody and had the request the equipment needed. We went for teaching things which they could make effectively and could utilize it in their day to day lives. Things that we trained them were windmills, entryway hangings, and paper lamps. Cooperating with these youngsters was fun as they were extremely energetic about adopting new things and were eager, seeing their vitality levels we were likewise roused to put in more efforts and plan better classes for the coming ends of the week.

The learning outcomes I had met were:

LO 1: Identify own strengths and develop areas for growth.

Since my childhood, I had an interest in art and craft. Creativity was one thing I was always good at. I had never shown laziness towards art and craft. By now I had learned many things in craft, by watching videos and creating stuff. So this helped me decided that I should take art and craft as an option in this service sessions. It would help me share my knowledge and creativity to people who actually need it. A normal person can watch videos on youtube but an underprivileged can not, so it would be really helpful for them. Before showing children what they had to do I relearnt it things myself by taking a glance at the videos about what they have to make. While making the demo pieces I saw that I was making them precisely same and very quick. I understood that my related knowledge of specialty which is my quality helped me in doing as such which I could use as an apparatus to show better things. It was critical for me to recognize my quality which is creattion so I worked to assist on it to grow better aptitudes. When we had a joined session of craft and art I found that I was not as great as drawing in measuring and sticking which I should work upon as it is my weak point.

LO 3: Demonstrate how to initiate and plan a CAS experience

Two individuals were given control for every session. My classmate and friend named Vedika was appointed with me. Together we stepped up with regards to make arrangements and organize students under us. We watched recordings in our free classes with the goal that we could educate these children something which is innovative yet simple to make. For the top of the line, we had to begin with something essential and not much difficult so we chose to teach them windmills. Planning with the youngsters and instructing them to watch the recordings before coming for the session. Some of them were not prepared to tune in and did not know anything about what they had to teach that day before these children came we decided to give a brief about their work and show them quickly how to make it. This experience is exceptionally useful and sooner rather than later, I learned how to manage and manage such individuals who usually take responsibilities but not fulfill it and how to be patient and deal in such situations.

Being the leader and having the responsibilities my partner and I showed commitment and maturity in planning the sessions ourselves with students working under us and ordering needed things and resources on time. We had to show up at school on Saturday and Sundays for these kids, we had to wake up early which is a bit difficult for me on weekends But I did manage to do it. We could not call for a meeting during our free slots because our junior had different free slot. We had to do it in our breaks and get all updates on time. Also, inform them about the aimes that we had planned and also ask them to see the videos related to the work. Many junior could not make up in breaks too, so they were not aware of the goals we had to meet at that weekend so we had to manage with them also. So these were some problems that we had to face during our CAS but yes we did it successfully.

LO 7: Recognize and consider the ethics of choice and actions.

While cooperating with these children my conduct and activities assumed a key part as they had unexpected foundations in comparison to us. I ensured that I manage the children in a way which is satisfying to them and in which they are agreeable. I likewise ensured that I give everybody equal attention so that there are no problems, we as a gathering needed to draw out the best in the children and by giving them reasonable chances to exceed expectations and this was the morals we mulled over while taking any choices. 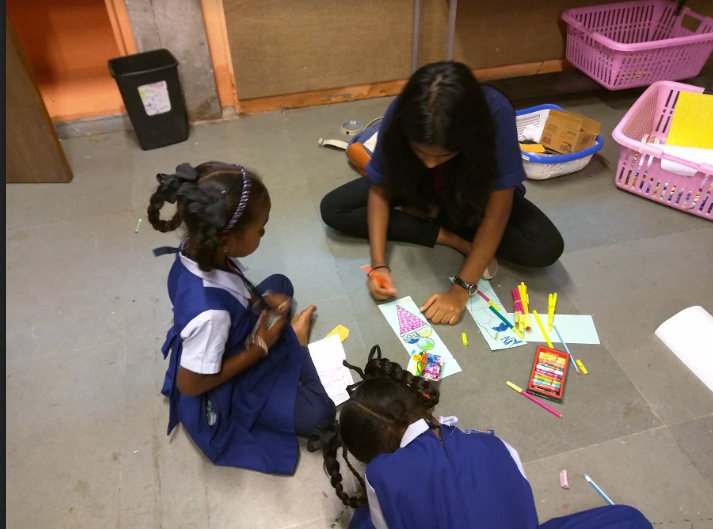