I have played many tournaments in basketball and this competition was on the  best experience and learning from me, because I got to know my strength and my weakness. The competition was at Xavier’s and their team was one of the most difficult team and we were facing them in the final.

Learning basketball has been the best part of journey in Fountainhead school and I am still learning it. I am playing basketball from past 5 years and at first I was not picked in the team because I never listen to other and basketball is a team game so this was my biggest weakness and I wanted this to convert it into strength. Slowly and gradually I started cooperating with others and that really created an impact in my game and I started playing better day by day as I started listening to others. Now I feel that if before I would have cooperated with others so my game would have been better in the past only.

The most challenging part of this competition was that we were facing teams which were better than us and were competitive. It was challenging because we have lost many times against that team in the semi finals and that was the biggest obstacle. We were continuously observing their game because we might find a loop hole and we were successful doing that their main loop hole was that they were playing self and we decided that we will focus on each and every player in the team and this was our biggest strategy and this is how we overcome our challenge. We won against that team because we took that calculated risk before. It is important to take new challenges because we should be ahead from the rival team and that’s why we will have high probability. I learned new skills for e.g.  communicative and thinking which helped me overcome my challenge and in the future it might help me while I am doing business in the future and now I feel more confident because of these skills that I have learned. 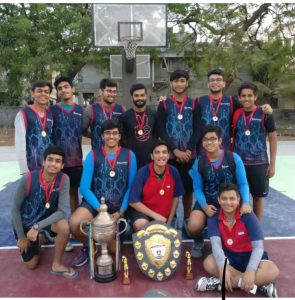