I have been playing volleyball since last 4 years and I have attended a lot of competitions for volleyball despite it being my non-PS sport. My other friends are also playing volleyball for 4 years so we have made a team and whenever we have a competition we go together as a team. The game requires practice and due to hectic schedule playing volleyball is not possible so, what we do is before 1 month of the competition we start attending volleyball instead of our PS slot to improve upon our game and set the coordination between the team members. The last competition was an epic one because we had a tough match with our opponents and it was a matter of just one point and we were able to gain that point and win the interschool. A lot of things went behind that victory, we had missed several PS classes and practiced volleyball with the guidance of our coach and with that, we also used to meet outside school by taking out some time to practice and improve the weaknesses. The planning was such that within 1 month’s time we were ready to play competition. As it was a team game we had to make sure that each and everyone is attending the practice and fortunately the team members have always been cooperative and that is the main reason besides effective planing behind the victory. Our team also went for states last year but we couldn’t plan out practice sessions because some members of our team were from different schools and due to that,t we were not able to secure position in states.

Learning outcome 7: Recognize and consider the ethics of choices and actions

As sport is about aggression and for all the teams winning is the most important factor, a lot of issues happen while we are in competition. When we are playing a match against a team, some opponents are such that they don’t even realize what they are doing and without reconsidering their actions they tend to demotivate the team playing against them. Some teams are too aggressive and they tend to use up abusive language which hurts the sentiments of others but, we as a team have never demotivated others by doing anything that brings their temperament down. Instead of demotivating others, we keep ourselves motivated to bring out the best results. Whenever we lose a match we still don’t become enemies of the other team but, instead, we keep our sportsman spirit and shake hands with the opponents to wish them good luck. There are also times when we unintentionally hit the opponents with the ball and once it had happened that I didn’t apologize, later I put myself into the person’s shoe and realized that it feels bad when someone doesn’t apologize when they hurt somebody no matter whether it is intentional or unintentional. After the match got over I went and apologized for it and I realized that the other person felt good and from then I never leave a chance to apologize if I do any mistake that hurts anyone. 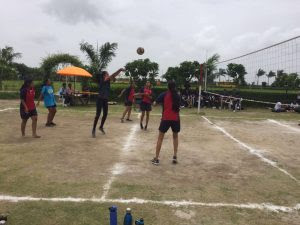 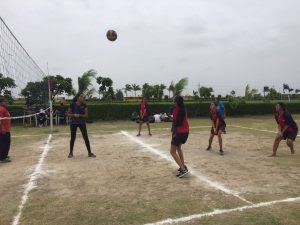