After coming back from our summer vacations, on the first day of school, we went to Dabhari beach. Our main aim at the beach was to clean up the garbage that was found on the beach. We picked up glass bottles, plastic and food plates amongst things.

LO2: Demonstrate that challenges have been undertaken, developing new skills in the process.

LO4: Commitment to and perseverance

As mentioned earlier, most of the people did not want to do this tedious task, which showed to their lack of commitment but on the other hand, I was committed to clear as much garbage as possible from the beach as a beach is not the place where people should throw garbage. The sun was shining right on top of us and it was a very tiring task but still, I managed to encourage myself and my classmates to collect as much garbage as possible

For a task like this, working collaboratively was a crucial thing as it helped everyone divide the tasks and make it easier for themselves and others. We were divided into groups of 5 people and amongst ourselves, we divided the tasks where two people would hold and carry the trash bags and the rest will pick up the garbage and put it inside the trash bags. We, as a team were very effective as we divided our roles and that helped us maximize our working capacity and helped every single one of us to contribute to the society

Careless disposal of garbage is a worldwide issue which contributes to air and water pollution. These are globally significant issues which can affect all of mankind in the future and by taking part in this initiative to clear out the garbage, I believe that we helped out in this cause which in the end helps us. This initiative helped us appreciate the beauty of nature as we got to see the darker side of it and that really disturbed me because the future of the world might be like this if nothing is done about the garbage problems all around the world

Overall, this activity was one that required a lot of work but I personally feel that we as a society should cater to this problem and find solutions to stop the ongoing issue and make the community a better place to live in. 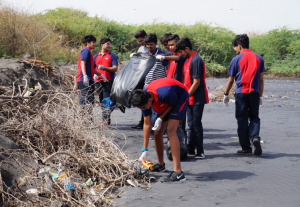 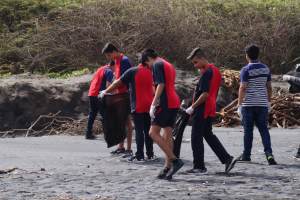