I thoroughly love quizzing and have had a great experience the last time I participated in another one of this kind. This was a quiz based on General Knowledge and current affairs. It was a pair event, so my schoolmate Krusna and I decided to pair up. There were 100+ pairs registered for the event, out of that, in the first preliminary round, out of the top 10, the top 4 directly qualified for the finals, and the other 6 out of the top 10 compete in another round out of which, 2 teams go in for the finals. Then, the 6 teams play the Finals which consisted of 3 rounds, two being at the buzzer, and one being the normal one-question-per-team type.

I had at least knew that I had a keen interest in quizzing, and am good at it because I had finished in the top 3 in the city round of another inter-school quiz. Also because of the small quizzes we have done in our school, I felt that this is my strength and I should keep on doing this. I have always kept myself updated with major events and happenings all around the world. And in those recent days for preparation for the quiz, I made this routine of me checking the news every 10-12 hours, and also check on the events I missed to cover myself at the time they were happening. I have made this a habit of myself that if I see a small snippet of something, I make sure to remember the keywords of it so that the news headline would pop in my mind as I see something related to it. This habit helped me in this quiz a lot as I had a lot of other things going on at the time, and I didn’t have much spare time to devote to just preparation for a GK quiz.

I initiated this CAS experience for myself as I signed up for this myself because of my keen interest and then found out that Krusna was also interested in participating and as it was a pair event, We thought that we will make a good complementing pair, so we requested the counsellor to put both of us in a pair, as the signing up forms was for individuals and then the school counsellor was supposed to make the pairs. For the preparation, we divided the main kinds of content among ourselves, according to our interest and our previous knowledge regarding it. For example, I am good at geography, so I did the capitals and other things related to it. I like to keep myself updated with everyday happenings around the world as well as he likes to do it, so we both did the current affairs.

As we were a team, we worked collaboratively to prepare for the quiz. Initially, when we had signed up, we had a deadline around that time, so we could not prepare much at that time and we thought that we won’t need much, not because we thought we were good at this thing, but because we had other work to be done. But then, as we were done with it, we thought about our preparations, we came up with the idea that I mentioned above. We understood that because of our time boundaries, it is better to split up things to do as it will reduce the burden on any one of us, as well as we will get a good amount of time for our school work.

For the first round, it was a pen and paper round and the questions were displayed on a big screen. We had to write answers in the paper provided, and because of the not-so-good ratio, I must admit that it was pretty easy to cheat by googling up the answers or to simply copy from our peers who might have written the answers. But, my partner and I were very adamant about cheating as we believed that we should do it only using our capabilities and without any outside help. We considered the ethics of our actions because in a way, if we had still cheated and won that way, then we would have felt guilty afterwards for winning it as it wouldn’t have been fair to our other competitors. Also, even though there weren’t a lot of supervisors, they did regular rounds to check for cheating, and we knew the consequence if we had cheated and got caught, which was an immediate disqualification.

I developed the learner profile of a knowledgeable person, as we got to know about a lot of information and things that the other teams answered or nobody could answer, as we did not know this. The questions were very interesting and were challenging our minds to figure out the solution by making links through the clues and working on the piece of information we had got. Every answer we got correct was a highlight for us, and we got a lot of them. We achieved success in this activity as our aim to win the quiz contest was accomplished, and we won by a good margin from the team which came second. It brought a sense of accomplishment as in the beginning we didn’t perform well, but then, later on, we took a lead and never looked back. I would definitely motivate others as well as myself to go to the next chapter of the quiz, next year. 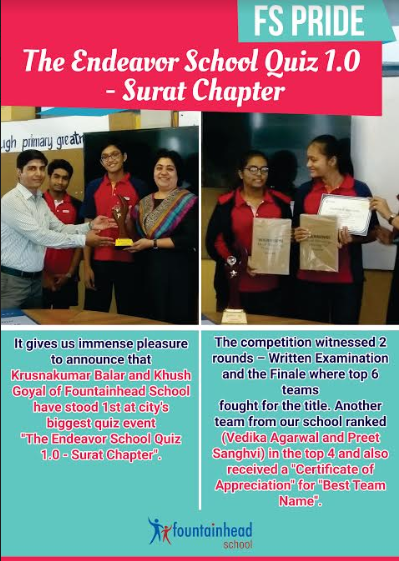 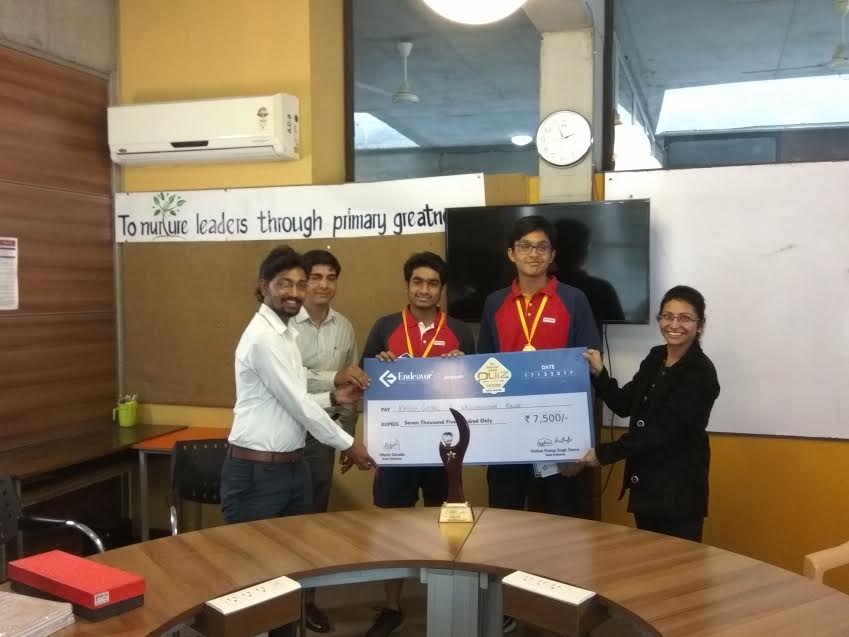