Our school has a feature called AS wherein we select an art form to master at weekly. In my past years, I had been choosing Makers as an option till last year. Then, I decided to take Visual Arts as an option this time. I did this because I had been drawing in my childhood and I wasn’t that bad. Also, I wanted to explore this option because one of my possible career choices’ entrance exam had a section for drawing. So it was a win-win situation for me to select this.

I initiated and planned this CAS experience as first of all, choosing visual arts was my idea as I explained earlier how it would help me. And then after choosing, as VA is very broad with a lot of things to do by a lot of ways, I sat with the arts in-charge to narrow down what I am going to do specifically. I chose to do only drawing and sketching as that were the only requirements of my entrance exam for which I selected this. I chose not to do painting as I was bad at it and it was of no benefit to me in the future. Then we decided that I should do object drawing from some books that were available for this. Then I learned pencil shading to make the drawing look complete.

In between the drawings, I had started to lose the motivation to complete the artwork. I had to show commitment and perseverance to this CAS experience as I had to complete my drawing. Sometimes, I used to not go to the class as I was not in the mood to do draw. But seeing my long-term benefits, I tried hard and did it. This was because I was not drawing a good image and I was not liking what I drew. That demotivated me to complete the whole thing. But then, with coming days and practice, I got better. I also learned a new skill of pencil shading so as to make my object drawing look more complete. I was committed to complete it hereafter.

I recognized and considered the ethics of my actions and choices as I said that sometimes I used to miss my classes. In an official tone, we would call it ‘bunking’ which is unethical. I had to hide away from the supervisors, and say lies just to not go to the class. I did that for a few classes in the middle of the academic year, when I was halfway through my artwork. I did that because I was not motivated enough because of the reasons mentioned above. But then, I realized that this not going to class and not completing my work is very wrong. I got to understand that the practice will eventually help me in one way or another, so keeping that in mind, I started going to the class regularly and completed my drawing. And started one another.

I did this option in my AS (Arts Special). The highlight of this experience when this drawing got completed and looked very good and as the image I had found as my inspiration. Through the process of making it as a re-beginner, I did not think that it will look as good as it did when it got completed. I would say that I achieved success in this experience as all I had aimed for was attained. The end gave me a sense of accomplishment as it was something I am proud of now. Now I am not scared of revisiting my past hobbies and trying them again for a small project. 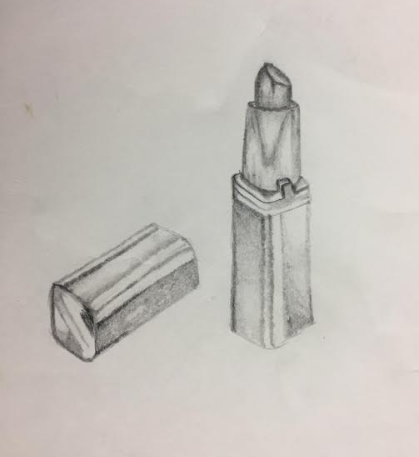