Farewell was a big event and to be a dance head was even more important. For the past years, I had watched myself build friendships with my seniors, with being together in AS and PS classes, with similar interests and sometimes even sharing experiences with them.

Although when the time came to say goodbye, I wanted to make sure that they went away with something that they would remember and cherish for their lives. I was assigned the role of Dance Head for this event. We prepared 3 main dances and a Flash Mob and though initially, we ran into some hiccups, in the end, it was a great event and they enjoyed it.

The learnings Outcome I covered under this activity are:

LO 1-Identify own strengths and develop areas for growth

I identified my strength that I good at dance, I have won many medals under dancing and also have been selected for tv shows so I decided to opt for a dance leader, I was then selected by my mentors and then we started the practice for the dances to be directed. I choreographed 2 to 3 songs under Farewell, I shared my views on which steps should we use and then we all co-operated to come to a decision. The whole process under dance was fun but what I learned was how to manage people and how to be a leader.

Early I used to just follow my mentor’s footsteps but now I was given the role of a leader and I had to take it very seriously. I think I did a good job of managing my group. ‘

LO 2 – Demonstrating that challenges have been undertaken, developing new skills in the process.

I faced a lot of challenges during the process. Many people didn’t use to turn up in the mornings to do extra practice and then they demanded to be in the dance. This was the biggest challenge we faced as all of the choreography gets done in the morning and the people who missed it, we had to teach them again so that was the problem.

Difference in opinions was the other challenge that we faced, many tend to become experts in the situation which then led to a decrease in the productivity.

LO 4- Show commitment to and perseverance in CAS experiences

Commitment was highly required as I was in two activities in Farewell. I was the dancing head and also part of the music team. We had days assigned for music practice and some days assigned to dance. We had to come in the morning to practice for some of our songs to learn dance. Dedication was the key to have a great show. I believe if you have a passion for something then you will do the work/activity even if it has challenges and that’s what I did when I became the dancing head. I have been practicing dance for almost 12 years now. So, when I got to perform for farewell, I definitely had give my best.

Working collaboratively is a must when you are working with a big group. We had to practice for dances together at a particular time, we had to coordinate our steps together if one missed we have to wait for him to learn it and then go ahead and then only was our dance be ready to go. As I was the dancing head, I used to learn the dances in my free time and from home before. So when everybody was practicing, I would have helped them to learn, give them time to understand the steps and show them how to do it.

Overall this was a great event, I learned a lot and will cherish everything that I  experienced that day. 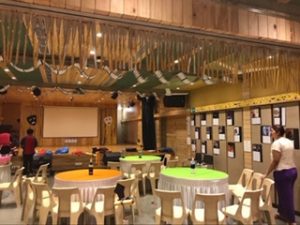 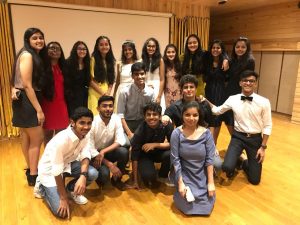 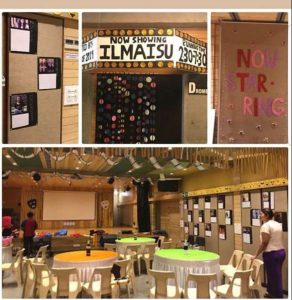 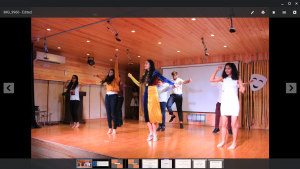