Our school had taken part in school sustainability challenge. For this challenge, we had to make a video showing sustainable measure taken up by our school. And being ESS ( Environmental Systems and Societies) students we toke up this challenge in which we could show our knowledge and learning of ESS too. Sustainability is one of the most popular and important environmental concern in today’s global citizens. We felt it to be important from our side to spread awareness to most people around the world, this video would help them get a better idea about sustainability and help them get a broader idea on this topic. Which lead us to make a video about what our school does and what should people do to be sustainable, eg: doing friendly practices like using solar panels or maybe recycling waste.

We decided to break down the process of making the video into different stages. On the first stage we listed down the important things that should be included in the video. In Order to arrange the fundamental things, we made a rundown of feasible practices that our school receives. As we had time boundaries we could not include everything in the video so we commonly concurred on specific practices. The next thing we came up with was collecting data and evidence from our teacher about this. Once we were equipped with the data needed for the video. We moved with making the video.

The learning outcomes I catered were

LO 2: Demonstrate that challenges have been undertaken, developing new skills in the process

Our challenge was to make a good quality video as it was going to go for the competition, which built up pressure on us. The other problem was as we had a team to do all this, the team member had both male and female which gave us the various different point of view, but we could not put them all in a video and it is obvious that everyone would want to their point to be considered. This made it really difficult for us to come to a conclusion. Few people in our team were shy to come in front of the camera so we had to pick up kids from junior grade after taking permission from their teachers. Again we had to explain the whole thing to the new students so that they could act for us. Asking their teachers was challenging because not all teachers agree instantly, we had to keep patience and be polite to the teachers. While all this happened our deadline came nearer which made me panic. I personally am a fast person and I get panic very fast so my mates helped me develop patience which made things easier for us. And also time management was a weak point from my side and while this project I learned that too. I learned a lot of things while making this video and hope I will be able to implicate them in near future.

LO 3: Demonstrate how to initiate and plan a CAS experience

As every other individual, I had a thought too, I had an idea for the video. Being a member of that group I decided to tell my idea too, While the major planning was taking place in the initial days I was out for an important work. But when I came back It was difficult to put my idea in, but I strongly decided to go ahead. My idea was to cast people in the video doing the work we were showing, like people actually throwing garbage in a place where it can be recycled. As the major planning was done my teammates became difficult to handle but I did succeed in implicating my plan. As I have helped making videos in my previous school not on such topics but yes similar one it gave me this idea. Learning from my previous experience I had a process to be which could be followed, which could help us boost up our work. I did share it with the other participants at first they were not that convinced but I did manage to do it. It actually helped us a lot. Many other people gave us feedback too, like how should we proceed and stuff. Intaking their feedback did really help us too. As there is a saying that we never stop learning new things, I did learn a lot from this activity which will help me in my next one!

LO 5: Demonstrate the skills and recognize the benefits of working collaboratively.

The main skill needed to work collaboratively is the skill of listening. When a person is not listened that person will get impatient and also may get angry, which would lead to a bad environment in future while performing the activity. So while working collaboratively listening to other may help. As you would be able to maintain a good and health environment and also gain knowledge. Listen would also help in getting new ideas because as everyone knows every person has a different opinion and a different point of view which would help us make a more creative video. Secondly, patience which again lacks me. Patience is needed so that a person can listen to other and so that he/she does not shout on somebody. Working collaboratively with our teachers and staff also helped us in building patience and listening to a good point that they may have and also listening to our mistake that were recognized by them. Not every one of us had all the skill and after this activity we actually came to know the benefits of working collaboratively. We could demonstrate our skills by acting in the video eg: One of us was good at speaking in front of a camera than in front of people. I always wanted to be a event manager and while this activity took  place I could show my planning and organising skills.

The issue we were looking forward to was sustainable development. This is a worldwide issue which includes overuse of non-renewable natural resources. If we continue this we won’t leave anything for the upcoming generation. We should know that it is our duty to use resources in a limit so that something is left for future and also so that we can improve our living. After watching the complete video I realised that our school was actually doing a lot for a sustainable future. I felt proud of my school. This video will hopefully encourage other schools and students and people in this world to contribute to sustainable development.

It activity made us learn a lot and also helped us recognize our duty for this environment. I hope every person on this planet also realizes his/her duty towards the nature they are destroying. 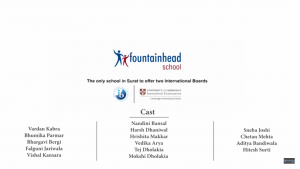 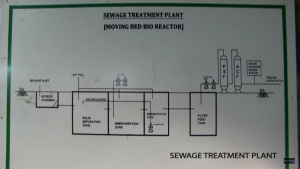 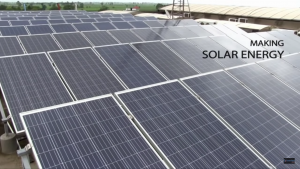 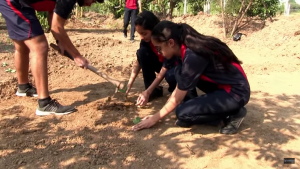 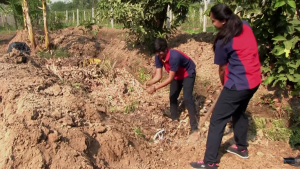 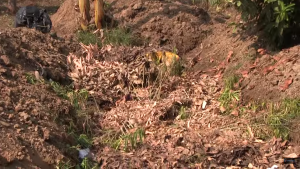 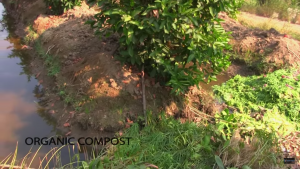