After having a solar panel installed, an unusual problem came up. Birds and their poo. As solar panels are in open space and usually on top of the house, it is an ideal place where birds might take a rest from their flights. While resting the would usually defecate their and this became a regular occurrence and a daily nuisance. This meant that the solar panels wouldn’t work at 100% efficiency. In order to maintain the solar panels and their efficiency, I was tasked with cleaning the panels weekly as my room was on the top and closet to the panels. It was an unsavory chore and I figured that I had to find a better solution to this problem. After some brainstorming, I had a plan in my mind. I was going to make the make a region of the terrace more habitable and comfortable than the solar panels so the birds would rather sit there than on the panels. I also decided to put water and food around that area so birds would go be attracted away from the panels. I made ledges and sticks for the birds to rest on.

LO2:- Demonstrate that challenges have been undertaken, developing new skills in the process

My biggest challenge was the execution of my plan. I learned a lot of handyman skills while working with wood. Also cleaning solar panels taught me how to use a viper properly and how to use the minimal amount of water and clean the most amount of surface. Furthermore, I understood which birds eat which kinds of grains/seeds and that spreading around any kind of crummy grains won’t keep the solar panel clean.

LO3:- Demonstrate how to initiate and plan a CAS experience

To resolve the problem, I had to find a solution that would be apparent on the surface but something which would provide a win-win situation for both me and the birds. I also had to plan where exactly do I want to attract the birds and see to that there are no other problems caused by doing so. I also made a schedule so that it would remind me to replenish the bird food, I made it so that I would keep a lot of food at once so I don’t have to replenish it for weeks. Also, as mentioned before, the type of apparatus (food and wood) to be used was also to be chosen carefully so it works at full efficiency. I would place the food in an open space (ground) so that I could spread it around as it was more in quantity.

LO5:- Demonstrate the skills and recognize the benefits of working collaboratively

Initially, as I came up with the idea, I was going to do it on my own and to be fair it all sounded pretty simple in my mind. Unfortunately, I performed a horrible execution of my plan and eventually sought help from my dad. He was swayed by my idea but he decided to only teach me proper methods of doing the tasks and doing the tasks for me. I learned a lot of skills and also gained some knowledge. For instance, the quality of wood I initially used was poor and was bound to break even if I tied it down properly. Moreover, Dad also suggested that what kind of grains and seeds to put so that particularly the pigeons who are in my area would be attracted.

LO7:- Recognize and consider the ethics of choices and actions

When I was brainstorming, I also had ideas which would involve getting rid of the birds like maybe using a scarecrow prototype or placing traps around the place. Be that as it may, I realized these ideas did more harm than it did good and decided to select a scheme where it is a win-win situation for both the parties. In some way, I was able to provide more hospitability to the birds while decreasing my chores. 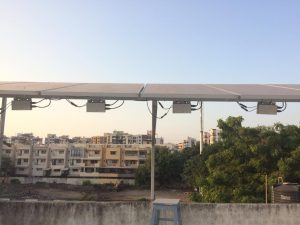 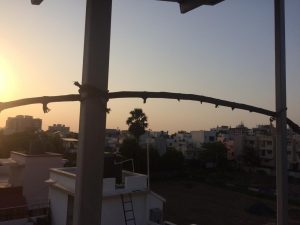 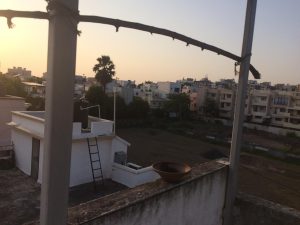